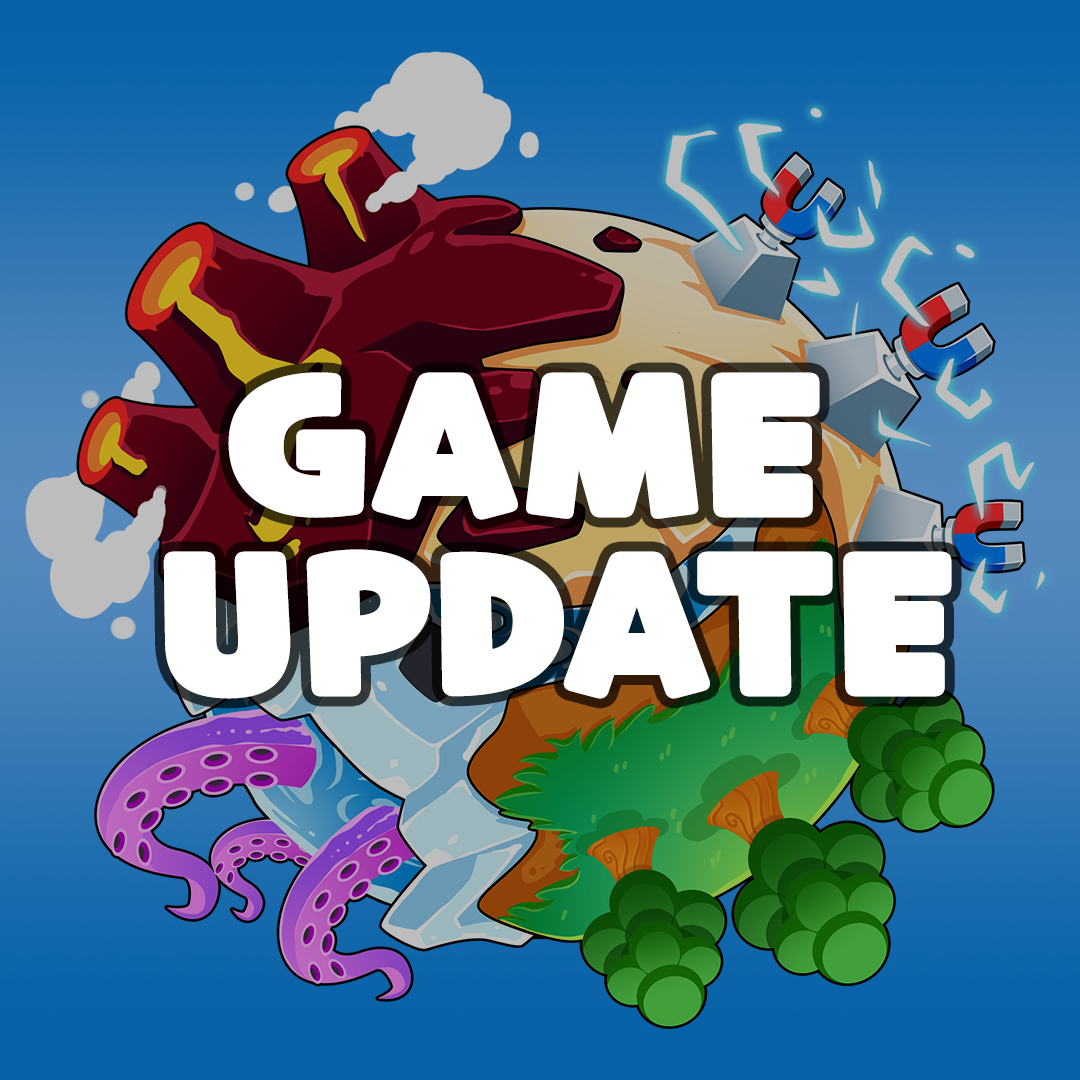 We are releasing a major update to the game today! This update includes many fixes and tons of new content.

You can now unlock tons of rewards in each island by collecting trophies. Check out all of the prizes by tapping on the “MORE” menu item, and then “ISLAND REWARDS”!

Along with unlocking tons of rewards by yourself the community can now work together to unlock community rewards inside the Island Rewards system. Every hour the total number of trophies from all players in each island are added together and once the total hits certain amounts prizes are unlocked for every player!

You can now unlock tons of rewards simply by watching ads and completing surveys. Check out all of the prizes by tapping the “MORE” menu item, and then “ACTIVITY REWARDS”!

If you live in an area of the world where surveys aren’t available, we are going to have an item in the store that unlocks all of these rewards as well as removes ads. This item is coming soon.

We can now send you messages in-game as well as attaching prizes to the messages. Whenever you unlock a reward from the Activity Rewards or Island Rewards section your item will be mailed to you in-game.

You can now customize your profile and view all of your cosmetic items in one area! Eventually you will be able to view other players profiles as well.

You can change your avatar, outfit, background image, as well as choose what ball theme you want to have activated.

Cosmetics now provide permanent boosts for every item you own regardless if it is equipped or not!

Now that all of the major features are completed I can start focusing on adding in new islands! There are currently 3 more islands in the works that I will be releasing over the next few weeks. Each island will have it’s own set of Island Rewards to unlock as well!